Expanding on my brief introduction to the ideas of the great mystic, Pythagoras, I now take a look at how the ancients developed methods of divination using the movements of the planets and the properties of numbers.

Watch the video as well!

In my last blog I introduced the ideas of Pythagoras and explained how we have inherited so many of our spiritual tools from a period in history around two and half thousand years ago. I encourage you to look under the historical bonnet of the divination systems you may be using and get to understand the whole picture. The Greek teachers, who were also healers, had inherited a tradition that dates back even further.

Ancient kings in the Near-East were very keen to acquire as much knowledge as possible about the way the gods behaved. They believed there were certain invisible forces at work and employed astronomers to identify how various planetary movements might coincide with good events – or bad ones. If their wise men could see something terrible coming down the line for the king, they quickly made a substitute for him from the lower classes, so the real monarch could escape dire consequences! Here are a couple of short samples from the Enuma Anu Enlil, a compendium of seventy clay tablets describing omens and corresponding predictions.

If Nergal (Mars) approaches the Scorpion, there will be a breach in the palace of the price.

If Marduk (Jupiter) moves into the area of the True Shepherd of Anu (Orion) a crown prince will rebel against his father and seize the throne.

The astronomers were also astrologers, because they were looking at the patterns and cycles in the heavens above and keeping records. After all, the gods lived in the skies. The astrologers’ methodologies were extremely scientific – they were looking for evidence by maintaining observations over time. This is called ‘mundane’ astrology – the astrology of events on Earth. It’s not until later that diviners began to use these systems for personal horoscopes.

This was when time divisions were established, which we still use today. The annual cycle of the Sun (which they saw as moving around the Earth) through the band of sky called the ecliptic, provided an option for dividing the years into segments. The turning of the Earth over twenty-four hours was an opportunity to carve time into short pieces – days, hours, minutes and seconds. They also divided the circle into 360 degrees.

The earliest evidence for this heavenly research dates back to the Sumerians, inventors of cuneiform script, at least six thousand years ago.

Divination by the stars

One of the first surviving clues to the practice of divination by the stars was found on a clay tablet dating to around 2122-2102 BCE. The ruler of the Sumerian city of Lagash, Gudea, was told in a dream to build a temple. He saw a woman studying a clay tablet with the names of stars and constellations. He was instructed to build his temple in accordance with the stars.

A text, called the Mul.Apin (the plough star) probably reached its final form around 1000 years later, looks like a real foundation for the science (or art) art of astrology. It lists constellations in three broad bands running roughly parallel to the equator. Each of these bands would be a path for one of the gods, who enter through the gates on the horizon. This idea, that the horizon is a place of entry, becomes significant when horoscopes become fashionable in Graeco-Roman culture, nearly a thousand years later.

In 747 BCE, dated observations of eclipses began in Babylon. These were found in the royal archives at Nineveh and show that sky-omens had become more important for divination than extispicy, also called haruspicy, which was divination by looking at animal entrails. (Aren’t we glad that went out of fashion!)

Around a hundred years later, around 652 BCE, it seems two calendars were in place – one used for precise astronomical records, the other a schematic calendar which assumed twelve months of thirty days each, used for day-to-day affairs, especially economic transactions. It is likely that the division of the ecliptic into twelve equal parts of thirty degrees was adopted after the Persians conquered Babylon in 539 BCE. The first time the zodiac was used in an astronomical ‘diary’ is in 464 BCE. By that time, Pythagoras had died (c 570-490 BCE). He, of course, was living a few thousand miles south.

I hope you are still with me – I know some people zone out when too many dates arise in the conversation. But I do want you to get the whole picture, so you can understand where we inherited the old notion that the gods are ‘out there’. Then you can compare this with a more mystical understanding, that the gods are within all Creation, including ourselves. That means we all contain the stars and the planets, and the gods, or archetypes (or Angels and Archangels). What Carl Jung called the ‘collective unconscious’ is an inner Heaven, where the co-creation of human history begins. There are structures and patterns within, that are observable outside – in the skies, in the material creation at all levels. It’s in the pebbles on the beach, in a grain of sand. We can extend this to numbers as well.

Gudea’s dream told him to build a temple according to the constellations. He was being asked to create an outer, visible, material representation of this inner wisdom. The temple of King Solomon was probably a similar attempt to describe the invisible architecture of Creation in a building for rituals. In order to build such an edifice, you need geometry and number.

The life of this remarkable teacher is shrouded in mystery, but there are legends about his early travels. Traditionally it is thought he was educated in Egypt, Ancient Babylon and Persia. It’s obvious how visiting the ancient pyramids may have influenced his understanding of practical mathematics. In order to create buildings, you develop geometry – and trigonometry – for which you have to understand numerical principles

Early biographers suggest Pythagoras studied with Egyptian priests at Thebes, where he learned not only geometry but also the idea of metempsychosis: ­the transmigration of the soul, or reincarnation. This concept naturally leads to vegetarianism: when you eat rabbit for lunch, you might have just murdered one of your own close relatives who had returned as a humble bunny!

So, Pythagoras had collected all kinds of ancient wisdom before he established his own school in Crotona, in Southern Italy. He had left his home town of Samos when he was forty years old and, while he lived there, Samos was a cultural hub known for feats of advanced architectural engineering. Mathematics again!

We are told he was already teaching a small circle of people in Samos before he left – he lived in a secret cave where he taught a limited number of followers. Samos was also a major trading centre, and ideas and traditions from the Near East would be in the cultural milieu. Iamblichus (245 – 325 CE) described Pythagorean teaching as a synthesis of everything Pythagoras had learned from the mythic bard, Orpheus, from the Egyptian priests, from the Eleusinian Mysteries, and from other religious and philosophical traditions.

Just in case, like me, you wonder about the role of women, the school at Crotona included women. Although Pythagoras recommended pupils to be wise in their sexual activities, he didn’t suggest chastity and it was likely, according to a number of accounts, that he was married to a woman named Theano, who wrote her own accounts of the teaching. They had several children together. So, as with all great wisdom teachers (including Jesus, though perhaps not St. Peter) women were regarded as equal to the task of understanding the mysteries. Indeed, without women, they knew you only have half the story!

The Numbers in your life

As well as tracking the astrological signs in your life, you can check out your numerology. For instance, I can’t tell you how many times the number four has come up when I’ve moved house. Many of my homes have either been number four, or have had a number that reduces to four.

I have two books on my shelves that inform me about numerology. One is a big fat book by Linda Goodman (1925–1995), famous for her Sun Signs, which is reckoned to be the biggest selling book on astrology EVER! However, the numerological treasure is Star Signs, subtitled The Secret Codes of the Universe, Forgotten Rainbows and Forgotten Melodies of Ancient Wisdom. This fat but endlessly fascinating book includes, among other gems, Chapter 5, While the Soul Slumbers, from which you will get the numerological system based on Kabbalah.

The other book is the Pocket Guide to Numerology by Alan Oken– much smaller, so very easy to carry with you. Alan is a brilliant astrologer – I learned so much from his books (see Alan Oken’s Complete Astrology) and I met him when I was chair of the Oxford Astrology Group in the 90’s. This is a precise and inspired companion for anyone wanting to use numerology as a divination tool. As Alan points out, numerology was probably formulated by Pythagoras himself. Alan shows you how to calculate your Destiny number – or Life Path number – based on your birth date. Also, the numbers in your name and the numbers that will influence you in any given year. Very valuable – unfortunately, this title doesn’t seem to be in print any longer and only a small number of secondhand copies are available online.

As with astrology, where there are different house systems for dividing the circle of the horoscope, so there are different systems in numerology when associating letters with numbers. In Linda Goodman, you will find the kabbalistic system based on the Hebrew alphabet. In Alan Oken, you will find gematria, based on the Greek alphabet. There are differences – I don’t have space to go into those here (this is already the longest blog ever!) But, for example, H in the kabbalistic system will be a number 5, whereas in Alan’s book it will be 8. Worth investigating.

At the end of Alan’s book he offers a blessing, which I hope he won’t mind me repeating:

May all your numbers add up to…

I recommend you go to Alan Oken’s website and find out more about his work.

If you’re not already on my mailing list, subscribe and I will notify you of my vlogs and blogs, and send you my eight-times-a-year Tree of Life Cycles newsletter.

To discover more about your own personal Divine Contract and how you can enable your Soul to best fulfill its requirements, you could explore my course, Grounding Your Life Purpose, either as Self-Study or with personal supervision from me. There are currently Special Offers on both versions of the course. 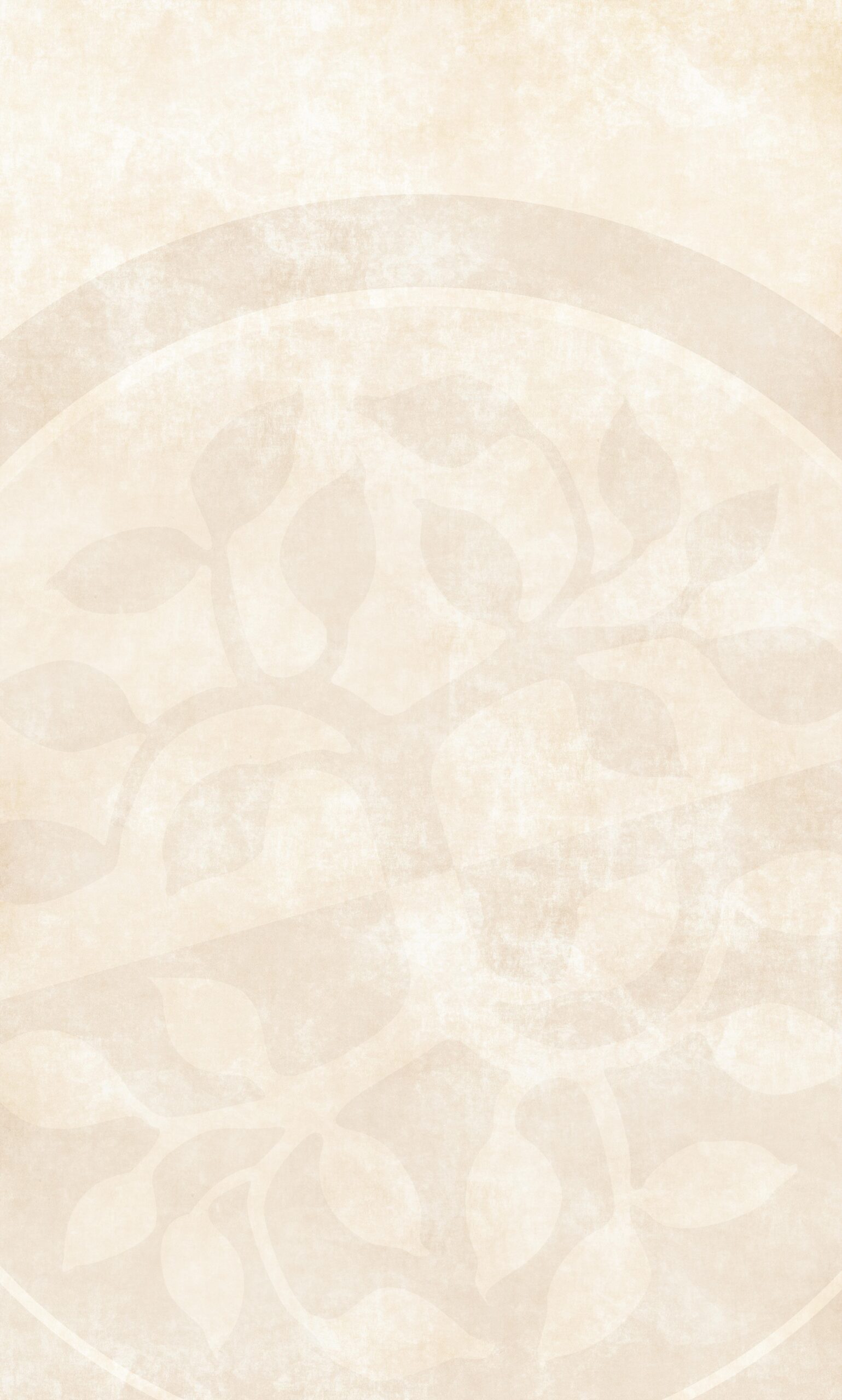